Also known as black cumin, nigella or by its scientific name Nigella sativa, kalonji belongs to the buttercup family of flowering plants.

It grows up to 12 inches (30 cm) tall and produces a fruit with seeds that are used as a flavorful spice in many cuisines.

In addition to its culinary use, kalonji is known for its medicinal properties.

In fact, its use can be traced back several centuries as a natural remedy for everything from bronchitis to diarrhea (1).

This article discusses 9 of the most impressive science-backed benefits of kalonji, plus how you can add it to your diet.

Research shows that antioxidants can have a powerful effect on health and disease.

In fact, some studies indicate that antioxidants may protect against several types of chronic conditions, including cancer, diabetes, heart disease and obesity (2).

Several compounds found in kalonji, such as thymoquinone, carvacrol, t-anethole and 4-terpineol, are responsible for its potent antioxidant properties (3).

One test-tube study found that kalonji essential oil also acted as an antioxidant (4).

However, further research is needed to determine how the antioxidants found in kalonji may impact health in humans.

SUMMARY : Some test-tube studies have shown that the high antioxidant content of kalonji may help protect against disease.

Cholesterol is a fat-like substance found throughout your body. While you need some cholesterol, high amounts can build up in your blood and increase your risk of heart disease.

Kalonji has been shown to be especially effective at lowering cholesterol.

One review of 17 studies found that supplementing with kalonji was associated with significant decreases in both total and “bad” LDL cholesterol, as well as blood triglycerides.

Interestingly, it also found that kalonji oil had a greater effect than kalonji seed powder. However, only seed powder increased levels of “good” HDL cholesterol (5).

Another study in 57 people with diabetes showed that supplementing with kalonji for one year decreased total and LDL cholesterol, all while increasing HDL cholesterol (6).

Lastly, a study in 94 people with diabetes had similar findings, reporting that taking 2 grams of kalonji daily for 12 weeks reduced both total and LDL cholesterol (7).

SUMMARY : Several studies have found that supplementing with kalonji could help reduce both total and “bad” LDL cholesterol.

3. Could Have Cancer-Fighting Properties

Kalonji is high in antioxidants, which help neutralize harmful free radicals that may contribute to the development of diseases like cancer.

Test-tube studies have found some impressive results regarding the potential anti-cancer effects of kalonji and thymoquinone, its active compound.

Other test-tube studies suggest that kalonji and its components may also be effective against several other types of cancer, including pancreatic, lung, cervical, prostate, skin and colon cancers (10).

However, there is no evidence on the anti-cancer effects of kalonji in humans. Studies are needed to examine whether kalonji has any cancer-fighting benefits when used as a spice or taken as a supplement.

SUMMARY : Test-tube studies have shown that kalonji and its components may exhibit anti-cancer effects. 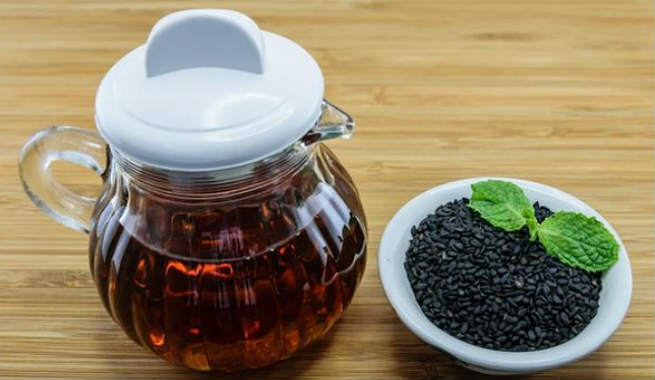 4. Can Help Kill off Bacteria

Disease-causing bacteria are responsible for a long list of dangerous infections, ranging from ear infections to pneumonia.

Some test-tube studies have found that kalonji may have antibacterial properties and be effective at fighting off certain strains of bacteria.

One study applied kalonji topically to infants with a staphylococcal skin infection and found that it was as effective as a standard antibiotic used to treat bacterial infections (11).

Another study isolated methicillin-resistant Staphylococcus aureus (MRSA), a strain of bacteria that is difficult to treat and resistant to antibiotics, from the wounds of diabetic patients.

Kalonji killed off the bacteria in a dose-dependent manner in over half of the samples (12).

Several other test-tube studies have shown that kalonji can help inhibit the growth of MRSA, as well as many other strains of bacteria (13, 14).

Yet, human studies are limited, and more research is needed to look at how kalonji may affect different strains of bacteria in the body.

SUMMARY : Both test-tube and human studies have found that kalonji may be effective against several types of bacterial infections. 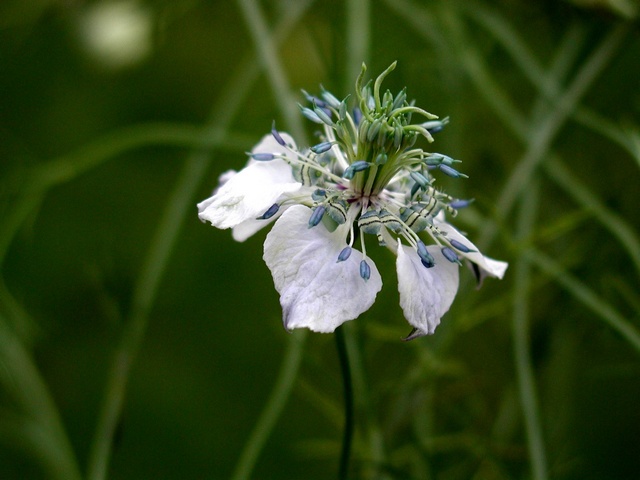 In most cases, inflammation is a normal immune response that helps protect the body against injury and infection.

On the other hand, chronic inflammation is believed to contribute to a variety of diseases, such as cancer, diabetes and heart disease (15).

Some studies have found that kalonji may have powerful anti-inflammatory effects in the body.

In one study in 42 people with rheumatoid arthritis, taking 1,000 mg of kalonji oil daily for eight weeks reduced markers of inflammation and oxidative stress (16).

In another study, inflammation was induced in the brain and spinal cord of rats. Compared to a placebo, kalonji was effective at protecting against and suppressing inflammation (17).

Despite these promising results, most human studies are limited to people with specific conditions. More research is needed to understand how kalonji may affect inflammation among the general population.

SUMMARY : Some studies have found that kalonji and its active components could help reduce markers of inflammation. 6. Could Help Protect the Liver

The liver is an incredibly important organ. It removes toxins, metabolizes drugs, processes nutrients and produces proteins and chemicals that are crucial to health.

Several promising animal studies have found that kalonji may help protect the liver against injury and damage.

In one study, rats were injected with a toxic chemical, either with or without kalonji. Kalonji reduced the toxicity of the chemical and protected against liver and kidney damage (19).

Another animal study had similar findings, showing that kalonji protected rats against induced liver damage, compared to a control group (20).

One review attributed the protective effects of kalonji to its antioxidant content and ability to reduce inflammation and oxidative stress (21).

However, more studies are needed to measure how kalonji may influence liver health in humans.

SUMMARY : Animal studies have found that kalonji could protect the liver from injury and damage. 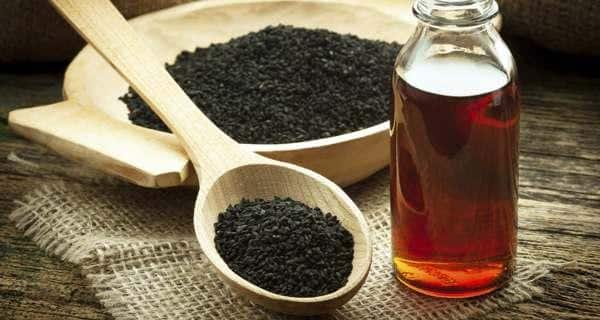 7. Can Aid in Blood Sugar Regulation

Left unchecked in the long term, high blood sugar can lead to even more serious consequences, such as nerve damage, vision changes and slow wound healing.

Some evidence shows that kalonji could help keep blood sugar steady and thus prevent these dangerous adverse side effects.

One review of seven studies showed that supplementing with kalonji improved levels of fasting and average blood sugar (22).

Stomach ulcers are painful sores that form when stomach acids eat away at the layer of protective mucus that lines the stomach.

Some research shows that kalonji could help preserve the lining of the stomach and prevent the formation of ulcers.

In one animal study, 20 rats with stomach ulcers were treated using kalonji. Not only did it result in healing effects in about 83% of rats, but it was also nearly as effective as a common medication used to treat stomach ulcers (24).

Keep in mind that current research is limited to animal studies. Further research is needed to determine how kalonji may affect stomach ulcer development in humans.

SUMMARY : Animal studies have found that kalonji may help protect the stomach lining against the formation of stomach ulcers.

The seeds of the kalonji plant are known for their diverse culinary uses and medicinal properties.

Traditionally used to treat a variety of ailments, kalonji has been associated with a wide range of health benefits.

However, many of them have only been examined in test-tube or animal studies.

Although more research is needed, adding kalonji to your diet or using it as a supplement could have a beneficial effect on several aspects of your health.

All the encouragement you can ever give us....your love and support keep us going.